Off the Beaten Path

We like to travel off the beaten path. Sometimes we simply need to get where we are going, but often, given the luxury in travel time that comes with retiree status, we can veer off the Interstate onto back roads. That’s where you can find barns.
How can we capture the beauty of barns? Part of their beauty derives from an air of sadness that surrounds them because many are in a state of decay. The feeling is akin to the Japanese idea of wabi-sabi, which refers to the poignant sense of imperfection brought on by time. For some reason we have come to appreciate this idea as we age.
We also love barns because of the stories that are attached to them – whether we know the stories or not. 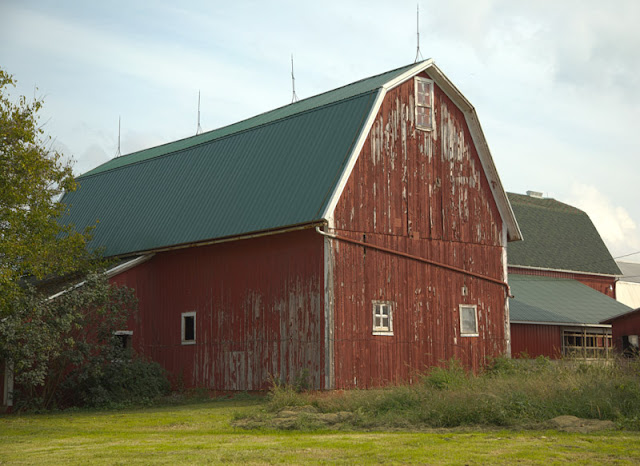 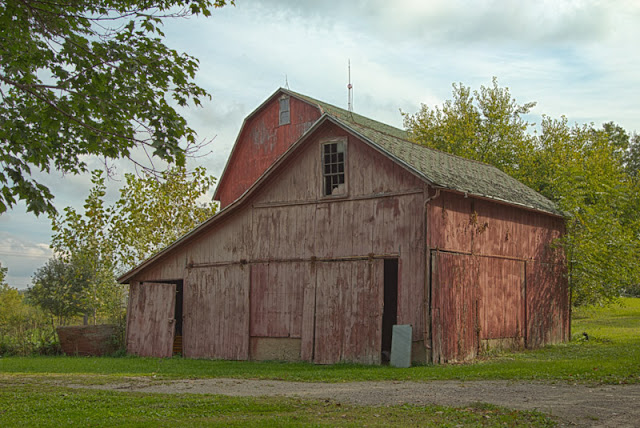 On our drive from Michigan to Florida we sought Ohio and West Virginia barns painted with ads for Mail Pouch Tobacco.

When we hit the South, the barns gradually disappeared, and so did some of the South Carolina roads and bridges, thanks to the heavy rains of early October. As we doubled back on roads southwest of Columbia, we found this abandoned grocery store. 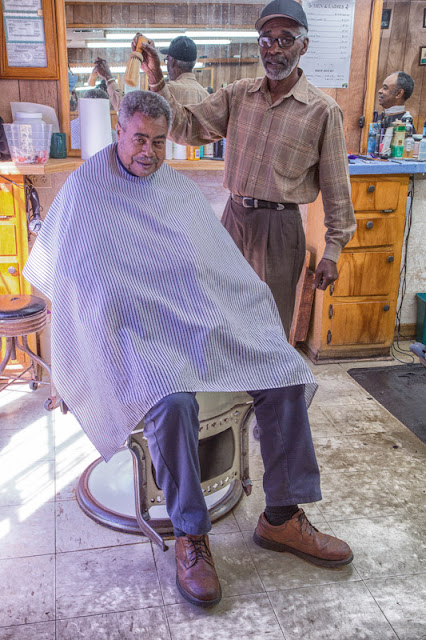 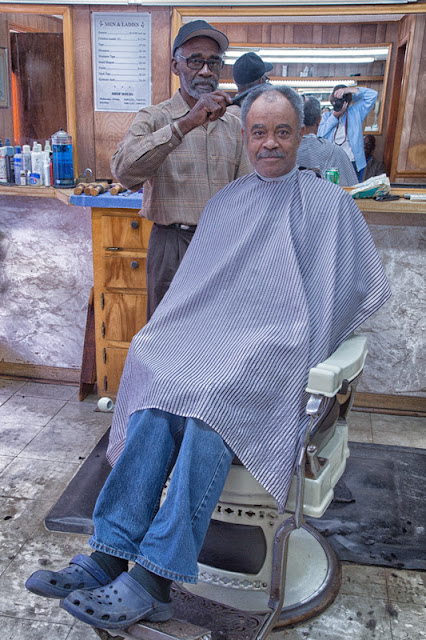 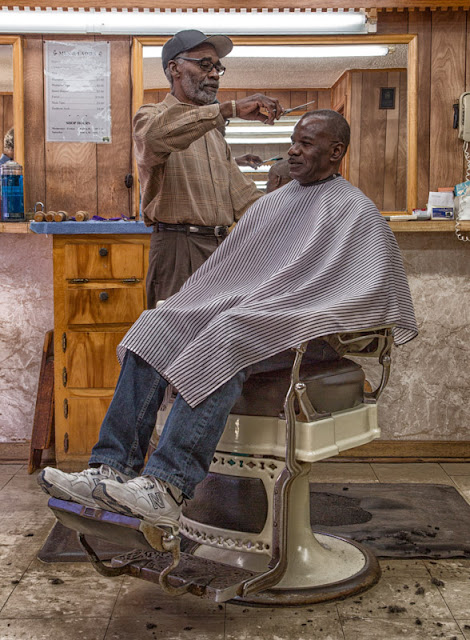 We were with these men for nearly an hour as Kim charmed them and they charmed us. Their story was one of relaxed friendship. We imagined that Jackson had been cutting hair there for years, and the small barbershop became a social center on Congaree Road in South Carolina.