The good news is that we finally sold our Michigan home after four years on the market. The bad news? Selling our home meant that we had to move out of it. This is what is known as “having a movement.”
The couple who bought our home needed to be in it less than a month after we had agreed on price. Where would we go? Where would we store our stuff? Jaime, our son’s girlfriend, came through by finding us a miraculous apartment with plenty of storage, all of which we needed.
We drove up from Florida not knowing if the house would appraise for their mortgage. Somewhere on a twisting mountain road in Tennessee (a detour required by a rockslide on the Interstate), we learned that it did appraise, so we were back on the expressway to closing.
People were very generous in offering to help us move to the apartment that would store us and our stuff while we look for more permanent housing. We learned, however, that being generous in offering to help is not quite the same as being generous in actually helping. It seems that some folks were actually living lives of their own, lives that included jobs, long-planned vacations, and a major trip just to get to Michigan to begin helping. That meant we were pretty much on our own, except for Scott’s moving a couple of loads of heavy stuff from the garage.
I wrote in a previous post on this blog (Moving our Stuff: 11/4/2015) about all the stuff-related decisions involved in moving. Well, that was when we thought we were selling our Florida house – the one without our Michigan bungalow’s basement and none of its delightful built-in and semi-hidden storage areas overflowing with our accumulations – the stuff that led to the title of this essay.
How much? Here’s one metric: The apartment we moved our stuff to is 31 miles from the house we sold. Kim, for some reason, told me she would do all the packing, and I drove our SUV full of boxes to the apartment and unloaded everything for Kim to put away where it all really belongs. In our ten days of moving I put over 1500 miles on our car. Another metric: According to my iPhone health app, on one of those days I did 140 flights of stairs – most of them carrying boxes. It occurred to me while moving boxes of books that I know why the Kindle was invented. A friend commented that after his last move he told his wife that the next time he moves he would be in one of those boxes they are carrying out.
In order not to feel bored and idle while moving, we decided to have a garage sale at the same time. A March garage sale is the first of the season, and we benefitted from the pent-up demand of garage sale junkies. It was successful on a number of levels. We made enough to pay the professionals who moved our furniture. We also got rid of our least favorite we-don’t-want-to-move-this items (an antique wheelchair; a “two-suiter” suitcase I used once twelve years ago; a hospital bed whose mattress you could adjust and/or vibrate). And we had a number of farewell conversations with neighbors and regulars at our garage sales.
A key feature of the moving experience was my Internet and television withdrawal. We did not turn on the cable service at the old house, and we could not get someone out to set it up at the apartment. So I missed out on the Presidential campaign updates, March Madness (not to be confused with the Presidential campaign), a digital description of the weather going on outside my car window, and daily sports scores and the stock market movements. I leave it to you to tally up just how much I missed.
We closed the sale of our home on March 31. It went very smoothly. So we called Kim’s kids to tell them there was a potential problem: some water in the basement evident at the final walk-through. The buyers were not ready to close, and they were looking at another house. We told Scott and Genne’ that the couple was looking at another house, and that we hoped our realtors could work something out. They expressed a lot of sympathy and concern. Scott offered to go to the house to try to solve the water problem. We said no, let’s see what the realtors come up with.
The next day we called to tell them that the sale had fallen through, that we did not have the energy or ambition to move all of our stuff back to the house, so we would try to sell the house unfurnished while we returned to Gainesville. Kim told her kids, “We’ll be leaving on April 6 to get back for medical appointments. That’s just a few days from now. What day is today?”
“Friday.”
“Yes, but what is the date?”
“April First . . . oh . . . FUCK YOU! YOU GOT ME!”

It was worth all the trouble. 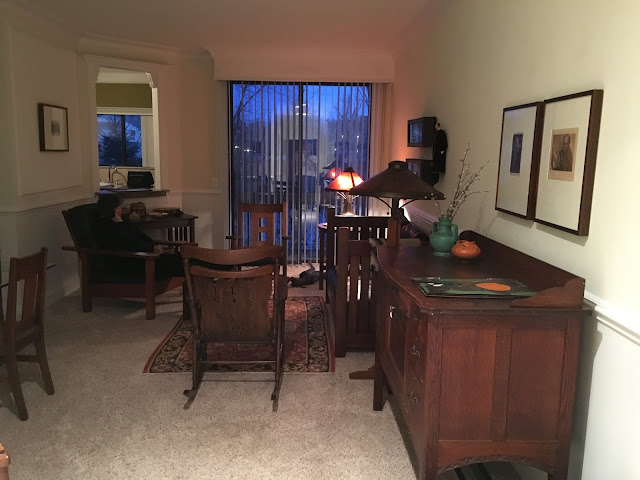 Posted by dhstringer.com at 8:45 PM