It was supposed to be a surprise. My stepdaughter, Genne’, flew up to Michigan to celebrate a major birthday – one that ends with a zero. The details of the trip were a secret. What we finally came to realize that a secret is not a secret if more than one person knows it. In fact, telling someone a secret is impossible because the act of telling makes it no longer a secret.

There were eleven of us involved in the secret, seven traveling together to eventually meet the other four at Kim’s dad’s cabin in the Upper Peninsula. Ten of the eleven knew the secret plan. Genne’ did not – at least, in theory. The plan was to drive to northern Michigan visiting a series of places that Genne’ had visited on previous trips up north, dating back to when she was a child.

Our group included brothers and sisters, cousins, half-brothers and half-sisters, a grandmother (Kim), a grandfather (me), and a granddaughter. Genne’ and Reilly flew up from Florida, Micah from Colorado. We had planned to travel together in a van, but every van in Southeast Michigan had been booked well in advance, so the seven of us traveled in two cars. This sacrificed some of the group bonding, but we had the advantage of talking freely about the people in the other car, plus the disadvantage of imagining the stories they were telling about us. It was a combination of Chaucer’s The Canterbury Tales and National Lampoon’s Vacation.

Genne' tried hard not to ask any questions about where we were going, and she pretended not to hear when someone accidentally blurted a destination, which happened fairly regularly. None of us should get a job requiring Security Clearance.

Our first stop was Traverse City. This was not a surprise for Genne' because Kim had mentioned it to her on the phone, thinking Beth had already told her. Nevertheless, we did find some surprises there. 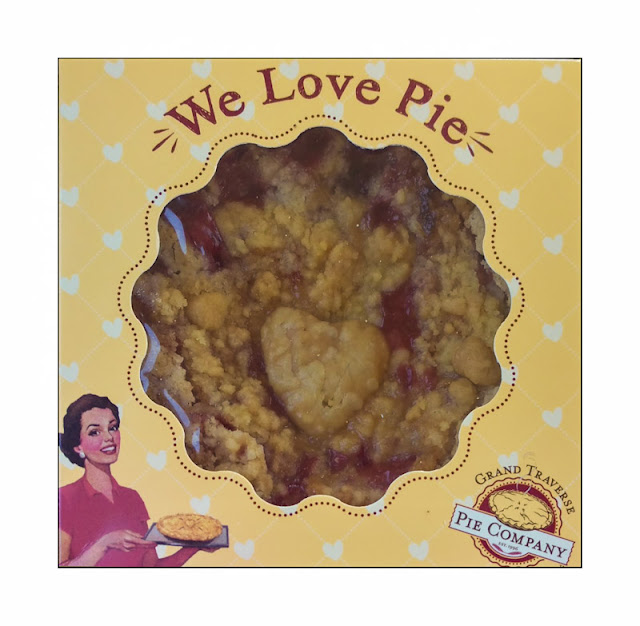 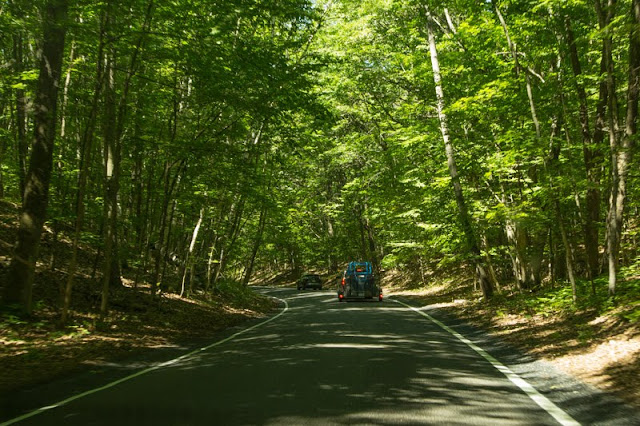 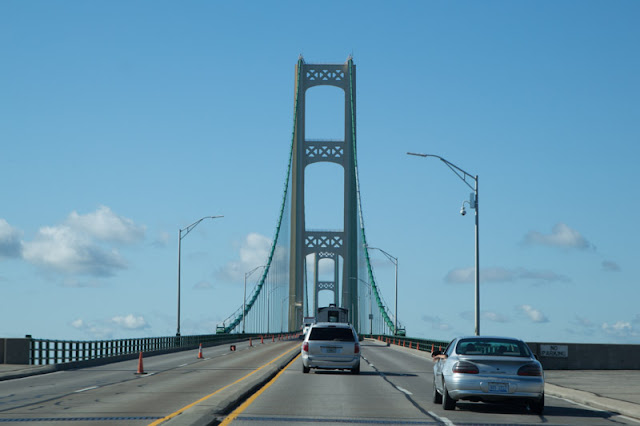 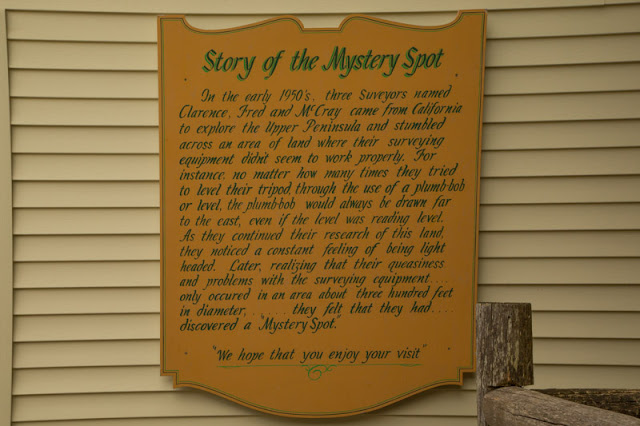 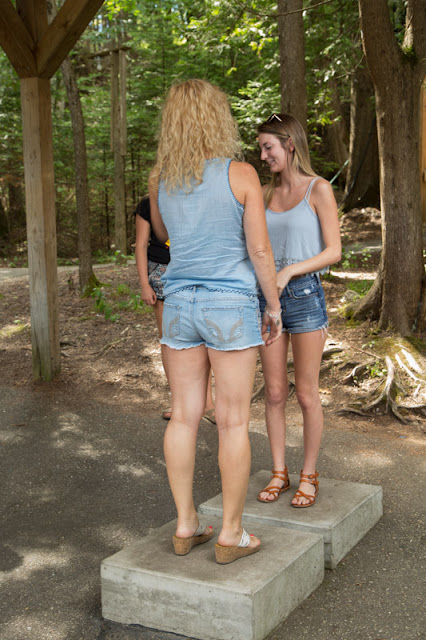 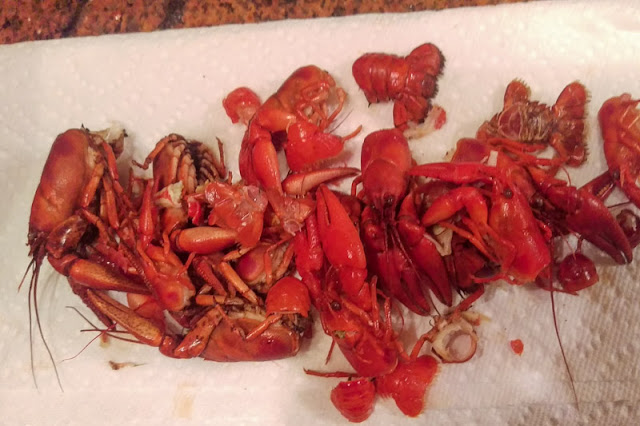 Before leaving we all had breakfast in the Farm House Restaurant in Stevenson, a place that Scott and Micah frequent when they are hunting from Grampa's Cabin. 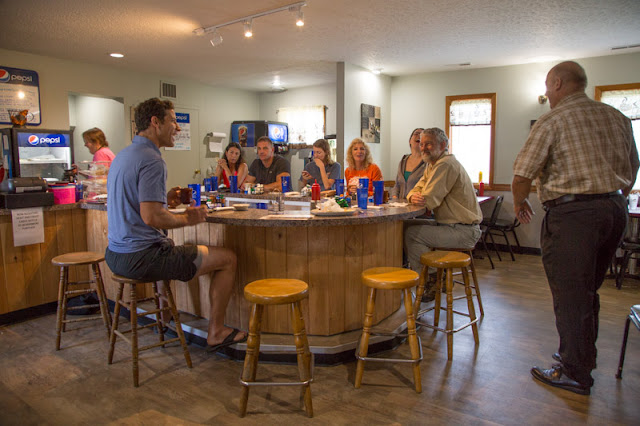 Kim asked the group how long it would take to drive from the cabin to Pictured Rocks National Lakeshore - another secret gone. At that point Scott, who had co-planned this "surprise trip" with Beth, slammed his head onto the table.

The best way to experience Pictured Rocks is by kayak. We were very pleased that this part of Genne's surprise birthday present remained a secret until the last minute. Here are some photo highlights, taken by several of us, mostly with phones. (Kim did not want to risk dumping her good camera into the lake, so she left it in the car.) 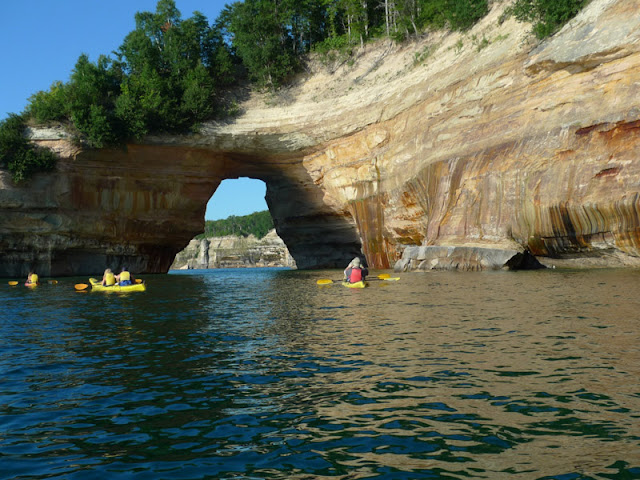 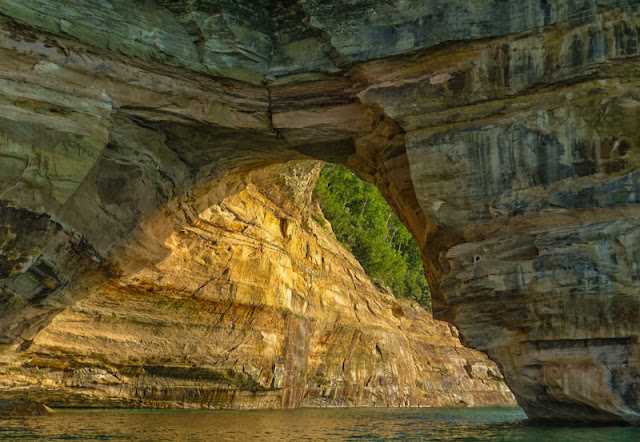 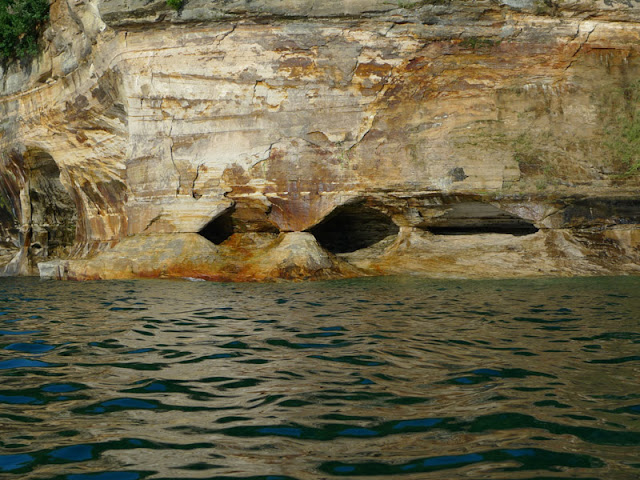 We stopped for lunch and some photos. 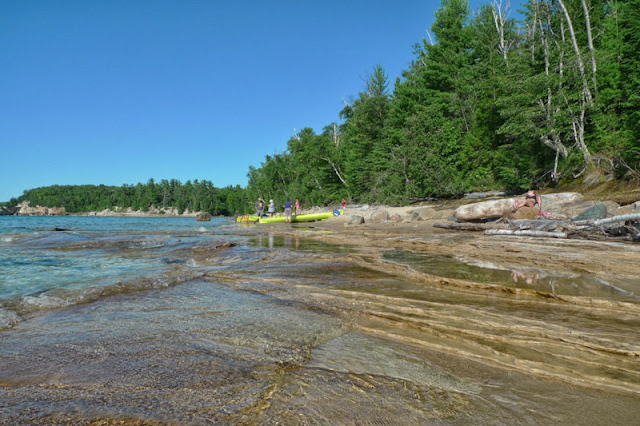 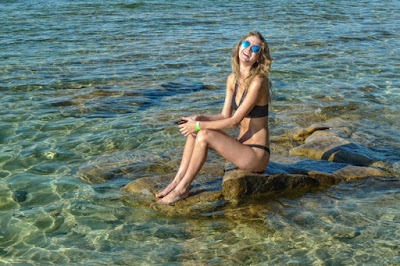 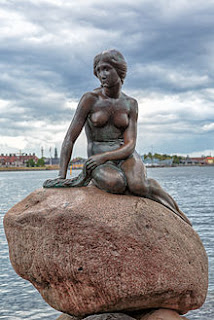 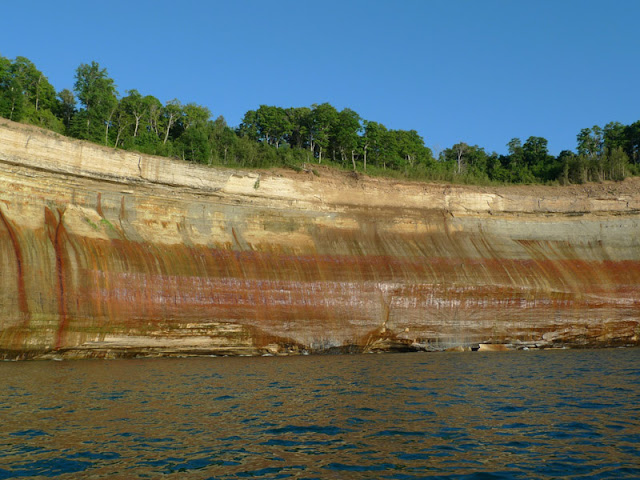 As it turned out, I did the best job of keeping the details of the adventure a secret from Genne', mainly because of my ability to forget details.

Posted by dhstringer.com at 2:04 PM