This week, after more than three months more or less out of circulation, Kim and I had our first real outing. This, of course, does not include trips to the hospital, to various medical appointments, or have-to trips to pick out stoves, sinks and shingles for our future cottage. No, today we went to The Butterfly House just outside of Traverse City. It was great because Kim was again taking photographs – though under doctor’s orders she was not able to bend or twist to get all the shots she wanted. And she was at it longer than I thought she would be, given her ongoing levels of pain and fatigue. Brava! The artist in Kim was screaming to get out, and it got out. 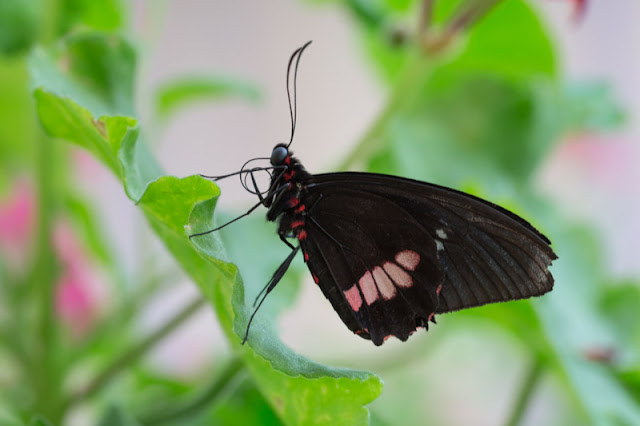 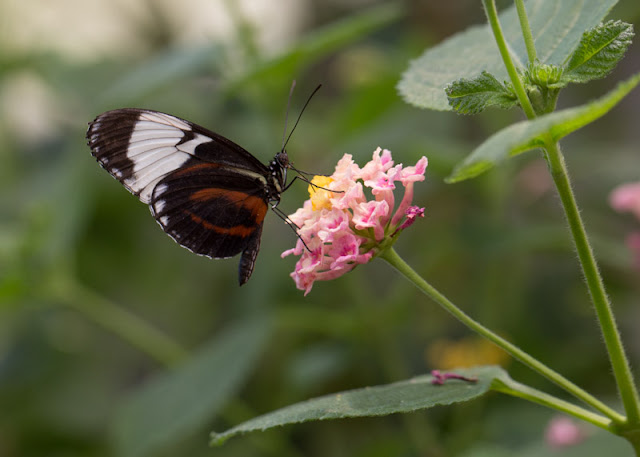 But it was more than photography. The most important part of the adventure was our meeting the coolest people and making CONNECTIONS to the community of birds and butterflies, woods and gardens. It began when we first left our building and Kim struck up a conversation with a kid, probably in high school, who was taking a break from bussing tables at the restaurant downstairs from where we live. He spotted the cameras we were carrying and ventured a guess that we were photographers. After about 10 minutes we shared our email and blog addresses, and Kim gave him some camera purchase tips and invited him to go photograph with us.

At the Butterfly Farm we met the young couple who had started it four years ago. (Believe it or not, the last name of these bug-lovers is Roach.) Their passion reignited Kim’s, and we picked up contact information: for a Michigan State professor who is the local butterfly guru, for Wild Ones – people dedicated to promoting native plants in meadows, gardens and lawns, and for some of the local parks that feature butterfly walks. Our hosts said they would pass along our contact information to all these folks. We feel connected. We are networked.


One thing that often to happens as we get old is a narrowing of our scope. So much easier to stay home, watch television, read, check out stuff on the internet. This is perfectly natural, as we know, because we are more fatigued than we used to be, and in Kim’s case she has so much pain that the idea of hopping in the car to have an adventure is a bit beyond her. And yet there we were – out there engaged in the big beautiful world, and making plans for future adventures.
Posted by dhstringer.com at 8:55 AM