What is it about squirrels? I have written before about how they attack our bird feeders, and that competition is ongoing. They are pests, but there is still something very appealing about them. No?

Squirrels are cute. Their small, big-eyed furry faces tug at some protective instinct, as makers of stuffed toy animals for kids surely understand. 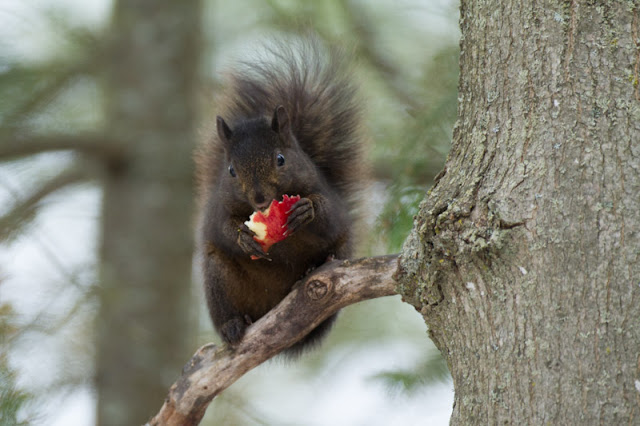 Squirrels are clever. I almost said “intelligent,” but that gets into the quicksand of definitions, so I’ll stay with clever. They have learned to live with us, while not being our pets, and they are good at finding food and shelter in our world. They can solve problems. Kim’s dad used to string a line between two trees and then hang nuts and other squirrel treats from strings in little packages. The entertainment was in watching how they dealt with the challenges. (This was before satellite television came to Michigan’s Upper Peninsula.) 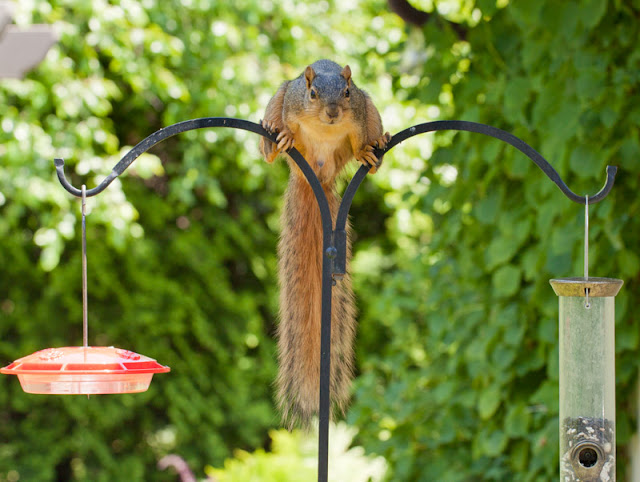 Squirrels are energetic. We have a lot of them, and I suspect that they burn more calories chasing each other away than they consume in the food they win.

We have several species of squirrels on our property:

Red Squirrels – These little guys (I think of them as guys) are the most aggressive, chasing their larger cousins away from spilled seed from our feeders. If they can’t find any cousins, they chase each other. 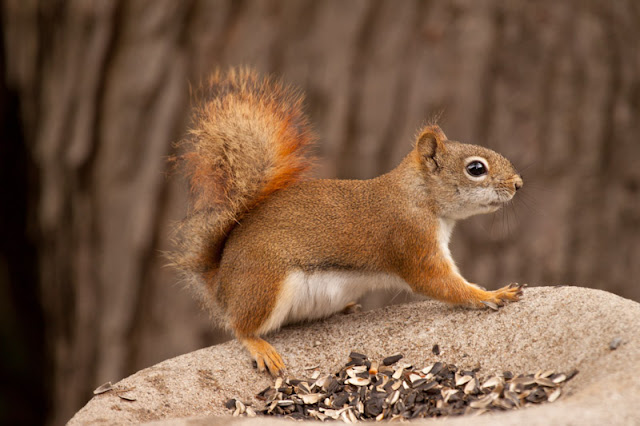 Eastern Gray Squirrels – These are the most common species around here, and the most clever in attacking our feeders. 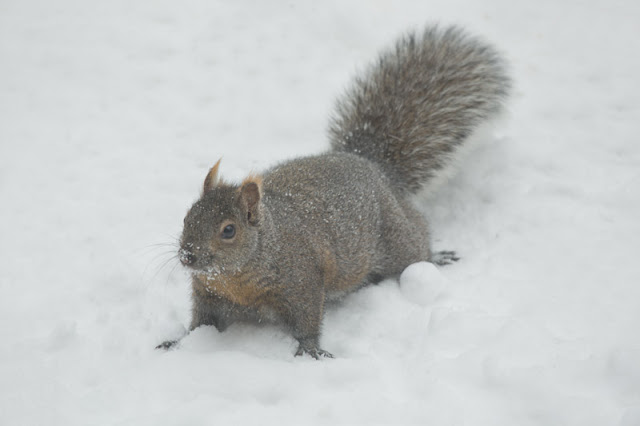 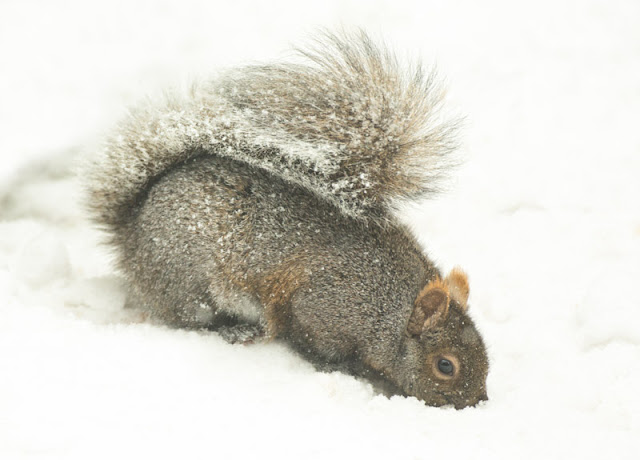 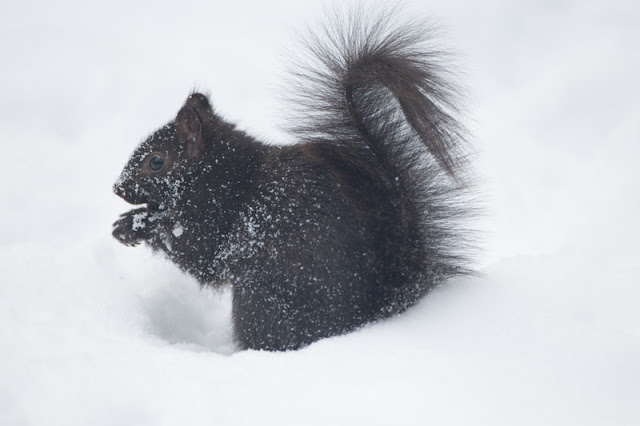 Fox Squirrels – We have not seen one here, though they were common when we lived in southeast Michigan. They are said to be larger and a bit redder than gray squirrels. 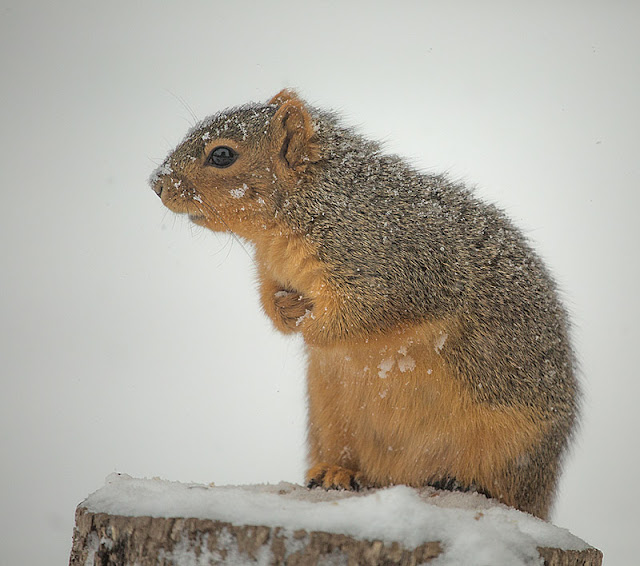 White Gray Squirrel – another morph. We found this one in a park in Florida’s Panhandle. 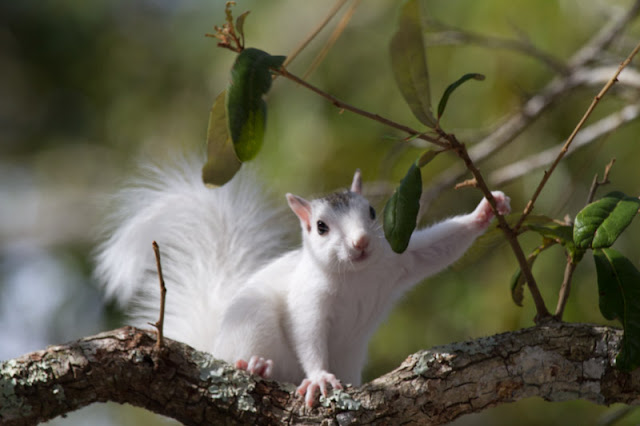 Here’s the quiz you’ve all been waiting for. Identify these squirrels. Extra credit given if you correct errors in the identifications we made above.

Posted by dhstringer.com at 7:09 AM