As an unrepentant Word Person, I find it fascinating when something happens and I can never see a word the same way. 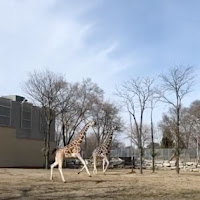 I vaguely remember reading an article, maybe in Harvard’s alumni magazine, about words that have two meanings that are opposite. The only example that I recall, out of the 20 or so listed, is “cleave,” which means “to adhere firmly and closely” and “to divide by or as if by a cutting blow.” I think the article had a name for the class of words with opposite meanings, but I don’t remember it.

So I used google to fill in the lacuna. These words are called “contranyms,” and other examples include “dust,” “overlook” (I don’t agree – oversee is different), “screen,” and “sanction,” among others. Can you think of more?

Having done what passes for research these days, I still hold onto “cleave” as a special word for me. It has the two meanings, but, more than that, I enjoy the way it reminds me of how playful is our English language. “Cleave” also reminds me of how playful my memory is – really, I could only remember one word out of a list of twenty? Cleave? Why that word? Why did I cleave the others?

At a poetry reading, before saying the poem below, I improvised an exploration of the word “just” in a way that just occurred to me.

greensilver circles grow
just where a fish
might have been

the purple loose-
strife bend just
over the sheen

My little intro went something like this: “Just” relates to justice, of course, in the sense of a rightness, in both a legal and moral sense. But doesn’t it also suggest a falling short? “We are just friends” suggests that the relationship falls short of lovers, right? And “just” also suggests a kind of precision, perhaps with implications of rightness, even for something modest and slight – “just so.” It also suggests something fleeting and temporary has been witnessed, “just now.” Ever since my process of discovery as I explored the word, I don’t see the word “just” without thinking of my calm moment beside the Huron River.

So these are three loaded words for me, giraffe, cleave, and just. Now, says the teacher, use them in a sentence.

Posted by dhstringer.com at 6:21 AM