I know, I know, I know. Some people just think it’s wrong. But I can assure you that we never meant for this to happen – at least, I never did. 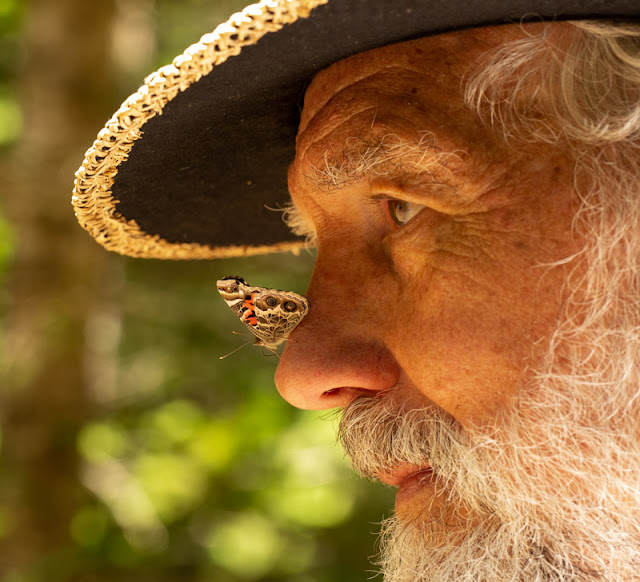 It started innocently enough, as these things often do. She touched my clothing, very gently. And the next thing I knew, she was touching the skin of my hand, and perhaps you could even say she was kissing me. After that, things became even more intense, face touching face, and then her long, sensitive tongue sampling the flavors she found there, kissing me (there is no other word for it) for minutes. It was enough to make me very uneasy, but I did not dare break the spell.

“It didn’t mean anything,” I told Kim, knowing that this is not true. She was great about it all, and surprisingly understanding. She even took photographs, one included here, though she may use them against me at a later date.

Yes, it was and is romantic. The conservative among you may object because we are just too different, and I know that our appearance, especially the size difference, can lead you to feel that way. But it’s a new world now. People can choose who they want to be with, and apparently, so can butterflies.

What about our future? I admit that it’s a bit uncertain, especially given the lifespan of a butterfly. But I don’t care, and I suspect that my American Lady doesn’t care either. When she finally flew away, I felt a lightness in my heart. We will always have this special moment together.

Posted by dhstringer.com at 8:02 AM