Kim and I have pretty much finished our switchback path down to the lake. All we have remaining is another dressing with wood chips and solidifying one of the rock steps we put in. We also know we are almost done because a guy will be starting to construct and install our wooden steps down to the beach, the lack of which led us to construct the switchback in the first place. Our work will be redundant. So it goes. But ours will be prettier.

But then, what are we to do with all that energy we put into the path? Fortunately, our landscaping labor continues. When we were weeding down by our little beach we discovered an old sea wall. It’s about two feet think, maybe a foot above beach level. We decided to expose the top and lake-side of the wall. This is proving enjoyable because in addition to the pleasures of weeding, we also have added the pleasure of hauling bucket loads of dirt up our path to the waiting wheelbarrow. Four buckets = one wheelbarrow push through the sandy yard soil to fill holes left by large rocks we had moved. Our new neighbor, Sandy, said she sees the love we are putting into our little hillside. I think it’s more sweat than love, though that may be two ways of seeing the same thing.

All this bending, weeding and loading is not good for Kim’s surgically repaired back, so she took a break to move a dozen or so large rocks to new homes where the lake meets the shore next to our not-yet-restored pump house. We also decided to build a firepit, so I started moving rocks we had piled near the garage – left over from the chimney of the cottage we tore down. 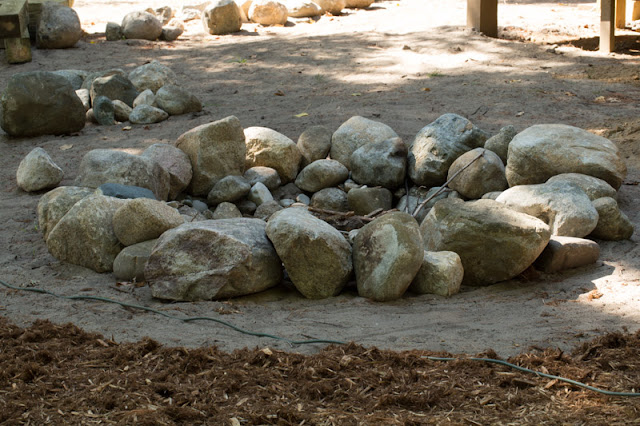 We had a lot of rocks. 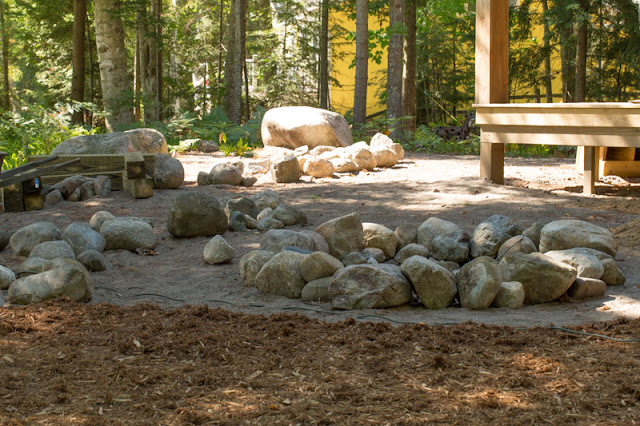 This helped me burn off my frustration with the slow pace of construction – builder pretty much disappeared for three months.

Our weeding has led us to a discovery. It may be yucca, an ornamental plant, or it may be cassava, a.k.a. yuca, the roots of which are a major food source in South America, Africa, and much of the world. My research is inconclusive – testament to my research-disability. What I do know is that they have huge roots, swelling into tubers that resemble giant sweet potatoes. They grow long, tough vines that run along our sea wall – the longest I’ve yanked out so far is more than 20 feet, marked by those tubers. 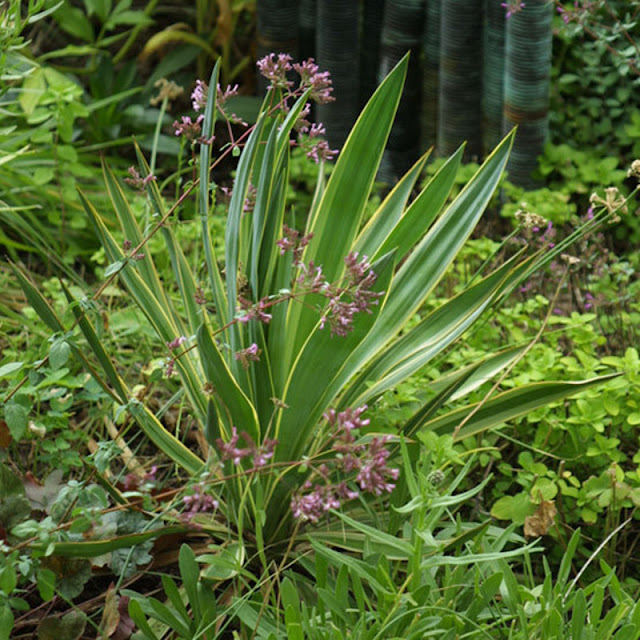 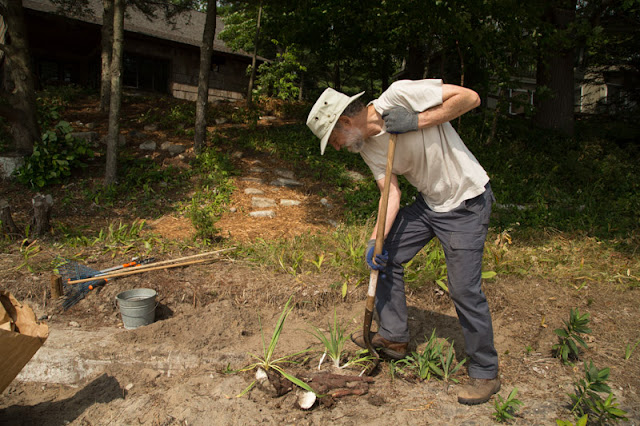 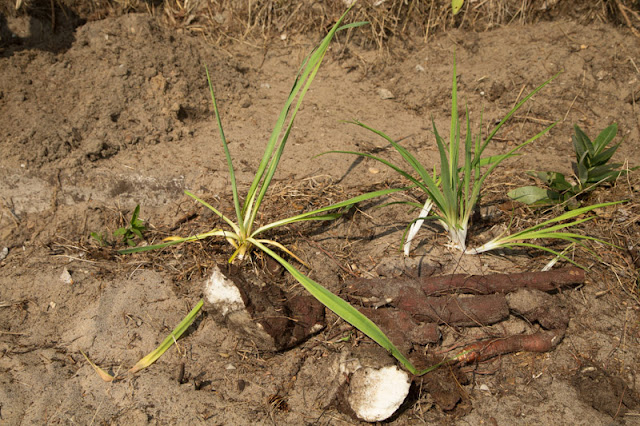 Neither yuccas nor yucas belong here in Northern Michigan, so as I am sweating and digging and pulling, I am wondering how they got here. I suppose the ornamental yuccas might have been placed as ornaments, but those large root-yams suggest yuca, not yucca. I suppose I could eat one to see if it’s edible, but I don’t think it would microwave very well. My speculations help pass the time.

What also helps to pass the time is that removing tubers reminds me of removing tumors, and the words almost rhyme. Just as the combination of surgery, radiation and chemo has apparently removed Kim’s tumors, my surgery, using a shovel and my back, arms and legs, is making our beach area tuber-free. And that feels pretty good. Weeding is a pleasure that I have only recently discovered, and weeding yuccas, whether they are weeds or not, multiplies the pleasure. It’s the challenge that feeds the pleasure. It’s an accomplishment. So I actually look forward to my yuc-it-up hours (only 1-3 daily). I’m glad I can do the work at my age, and I feel that I am somehow helping Kim to heal.
Posted by dhstringer.com at 7:05 AM