What is it about woodpeckers? I’ve written before about woodpecker tongues (http://www.dhstringer.com/2019/04/), but that’s not what makes them so appealing. Is it simply Woody? Maybe it’s something about the swagger of the larger ones, the Pileated Woodpeckers, with their size and boldness and the fierce way they attack a rotting tree. Or maybe it’s just the way they seem to enjoy beating their heads against hunks of wood – something that we can, some days, only envy.

We have five different species of woodpeckers here:

The smallest and cutest are the Downies. 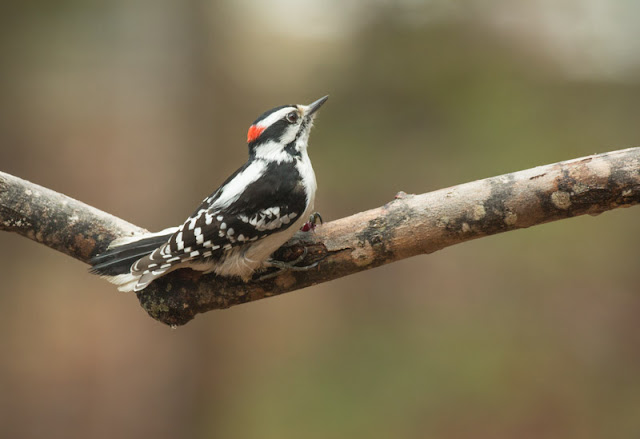 Hairy Woodpeckers, somewhat larger, don’t actually have any hair, though the small feathers on their legs, heads, upper mandibles and along their backs sorta look like hair. (We do, indeed, live in a post-truth world!) 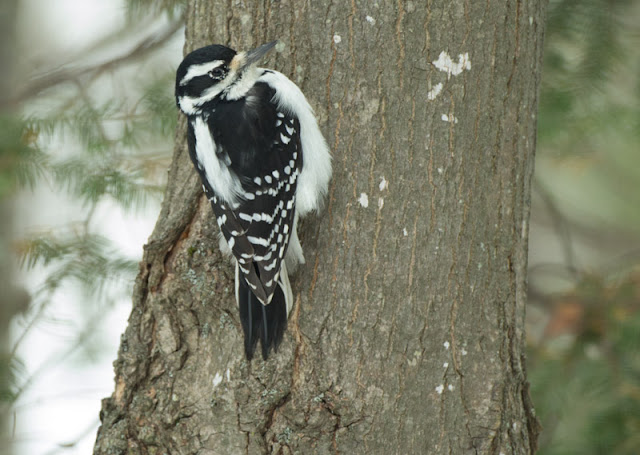 The Pileated, the largest ones, are the models for Woody. 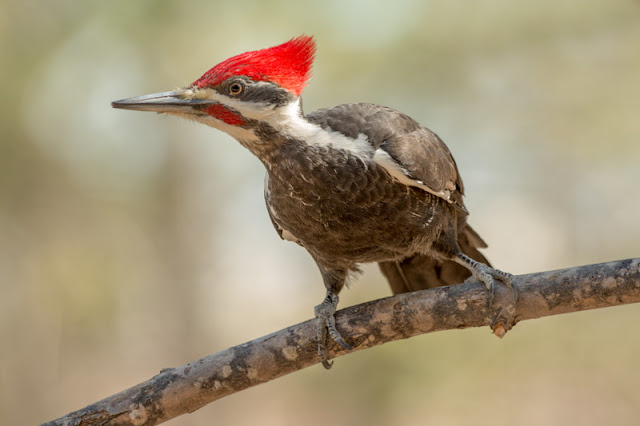 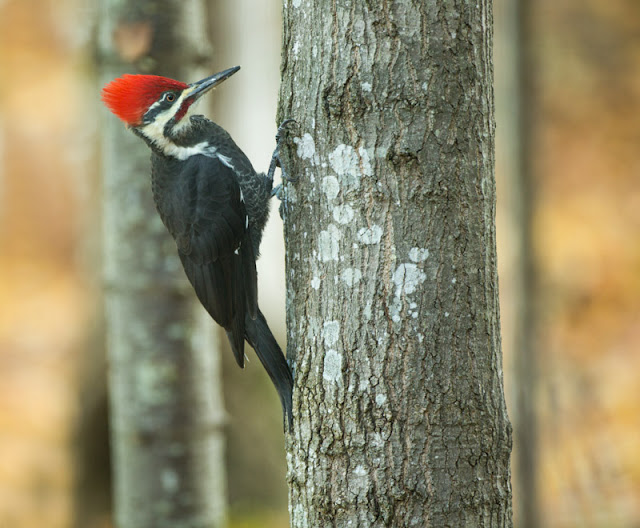 Then we have Red-bellied Woodpeckers, named for the hard-to-see red patch on their belly rather than their distinctive red head (on the males). 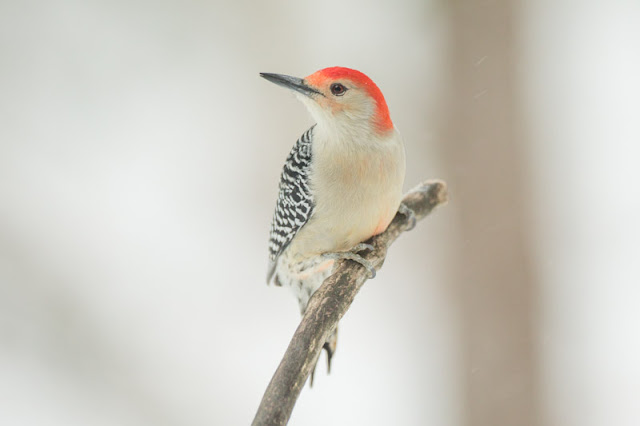 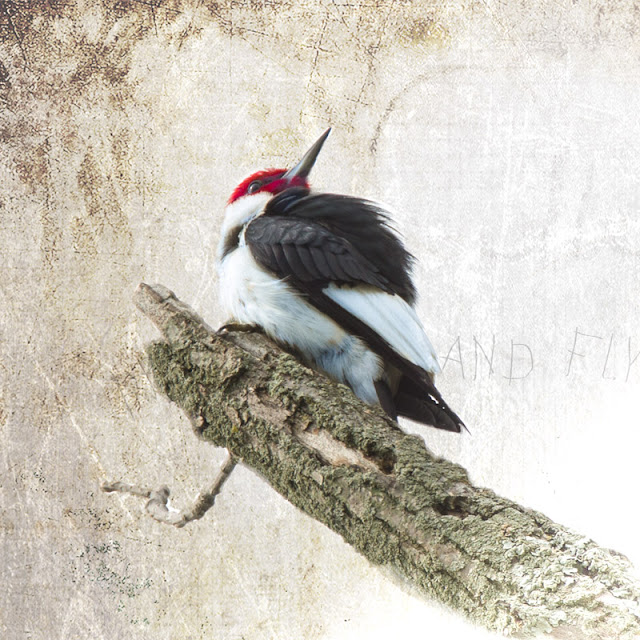 The woodpeckers have some cousins in our woods: Northern Flickers and Yellow-bellied Sapsuckers. (“Cousins” is not a biological term here. It’s just a lazy way of speaking. They peck wood.)

You may be wondering what it’s like living in a house made of bark with all these woodpeckers around. Well, it’s pretty cool. They don’t attack the house. We don’t have bugs living in the bark, which was kiln-dried before we put it up. We have left up a number of dead trees, which provide homes for insects and thus dining opportunities for woodpeckers. The trees, when consumed by bugs and mulched by woodpeckers, resettle into the soil to emerge later as new trees. Leaving the trees up is our contribution to the Circle of Life.

Once in a while we hear the pecking on our bark, and we clap our hands to scare away an occasional Hairy. And we’ve seen a few small holes in the pine window trim. But mostly we hear Nuthatches storing seeds in the bark (to be stolen by Brown Creepers). In the spring, we are told, some woodpeckers will drum on the house to declare territory and attract mates, but that’s about it.

We watch and Kim photographs woodpeckers from our porch. We hang suet for them and spread stuff called Bark Butter into holes we gouged in a dead tree. We have topped one tree near the house so that when the woodpeckers topple it, our home will be spared. And we anticipate that, sometime this winter, the Pileated, who can really make the chips fly in his search for bugs, will finish taking down a large birch.

There’s a lot more to be said about woodpeckers. I do recall reading somewhere that designers of football helmets were studying woodpecker heads. I’ll leave it to the curious to google out answers to your questions, as I am already writing beyond my small field of knowledge. JFGI. And birders, feel free to send in corrections and clarifications.

Posted by dhstringer.com at 7:02 AM