When I was teaching I told my students, based on something I’d misremembered from somewhere, that “drama” implies change. (The word, I have since learned, derives from a Greek word meaning “action,” which does suggest change.) It’s been a dramatic year for us with all the moves and health issues. Now that we are more or less settled into our new digs here in Traverse City, the drama continues. We are experiencing change, often on a small level, but change nevertheless.

After having finally learned my way around Gainesville, I now have to learn my way around Traverse City. I struggle to discover new roads and destinations on a map of the city, forcing me to map new neural paths in my aging brain:
·      Where is the bank?
·      Where is the healthy-food store most like Whole Foods but not as expensive?
·      The nearest Apple Store is 150 miles away – where do I get help finding the pictures that disappeared off of my iPhone?
·      Where do I get a haircut?
·      Where is the dentist’s office? The doctor’s office? The dermatologist? Oncologist?
·      Is there a gym nearby, now that my box-lifting workout is almost over?
·      Where do we buy a new faucet? New light fixtures? Snow boots?
·      Is there a way out of our development where I don’t have to make a left turn through heavy traffic?

As Kim has pointed out, I’m a creature of habit. Many habits. So on a smaller level, more neurons are being jerked around as I’m reprogramming myself to our new 1440 square feet:
·      I like putting my keys in the same place when I get home, so I always know where to find them. And where would that place be?
·      I know my underwear drawer is in my bathroom, but which drawer is it?
·      My checkbook? Where is my checkbook?
·      Our routine is that Kim washes the dishes and I dry them. And put them away. But where should I put them? Kim suspects that I hide them on purpose, perhaps as a game, perhaps to drive her crazy. Apparently, I move things around quite a bit.
·      Where do we keep the backup toilet paper?
·      Where are the ice cubes? (Oh – the freezer is on the bottom of the refrigerator!)
·      I just bought a book by our new neighbor, Fleda Brown. Where did I put it? (Solved that problem, after hours of searching, by buying another copy.)
·      Where is my Social Security Card, which I need to take to the Secretary of State’s office, wherever that is, to get my Michigan driver’s license, plates, and voter registration. (Kim found the card. GPS found the office.)

Do I have a fever? Is this a hot flash? No, it’s just brain heat caused by all those neurons finding new paths and forming new connections. Good way to fend off the winter cold – if I could only spread it to my hands and feet.

Life was more comfortable in Gainesville, with Genne’ and Reilly nearby, a host of friends, and weather that does not require bulky winter boots and mittens. I liked going out to fetch the Gainesville Sun in my bare feet, I knew how to get to every Starbucks in town and where to park at the hospital, and we knew dozens of good birding spots. But comfort, as Kim teaches me, may be over-rated.

Drama can be more fun than comfort, and it generates heat. I am relearning how to drive in snow and walk on ice. I need to learn the best way to lace up my new boots (insulated to 40 below zero) so my socks don’t slide down to my toes – another new neuron path. We need to restock our inventory of friends up here. (Alice? Mike? Fleda and Jerry? Sandy?Are you reading this?) They don’t stop by to see us as Kim and I are staring at each other across the dinner table, so we’ll have to go out and find them: more neuron mapping. I’ve started a list of people we have met to help remember their names.

With no driveway to shovel, no garden to weed, no more boxes to unpack, yesterday we were feeling restless, so we went out for a drive on Old Mission Peninsula. Kim took her camera, and she captured some of the drama (change, action) in the northern sky as a cold front was moving in. 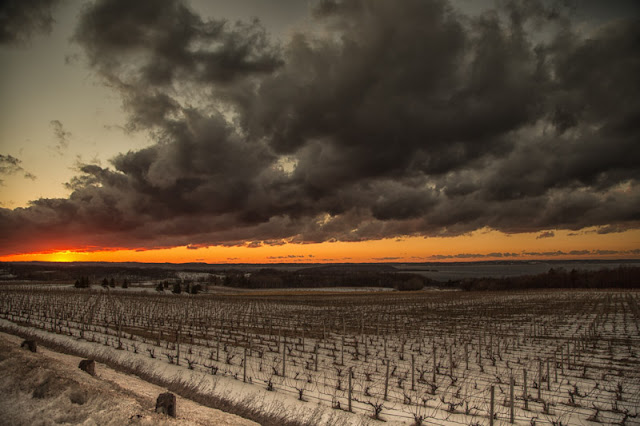 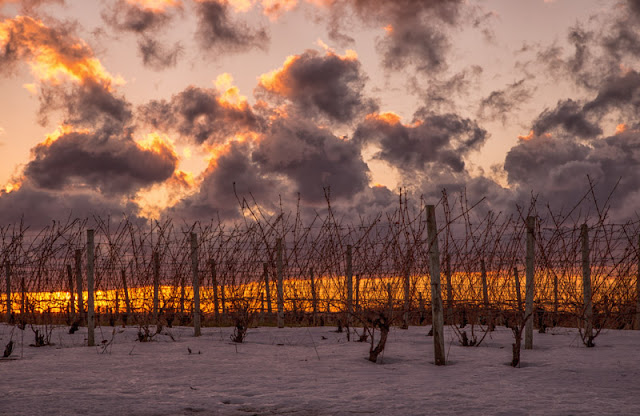 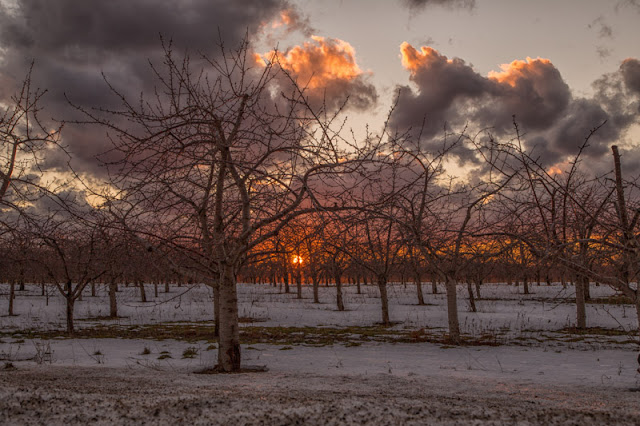 Yes, violent storms happen in Florida, too – and all too often. But here in northern Michigan there’s snow and the threat of snow, and icy roads with fallen trees. We are warmed by the beautifully difficult drama.


We welcome comments and stories about the drama in your lives at dstring@ix.netcom.com.
Posted by dhstringer.com at 11:07 AM