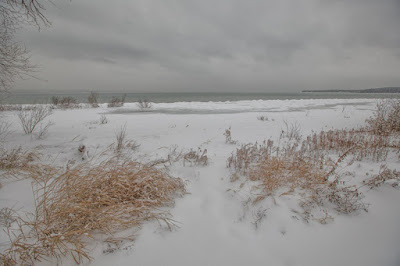 We are having our first real touch of snow this week, and even though I have lived most of my winters in the north, these first snows still have a magical power. It’s the beauty, the novelty, and the utter cleanliness of the first snow, but it’s more than that.

During my first winter at Amherst a classmate from Africa experienced his first snowfall. I did not witness his response, but I heard from others that he ran out onto the quad to lie down and roll in it, overcome by beauty and novelty. (Perhaps someone who is reading this can fill in details.)

This experience reminds me of the famous quotation from Emerson: “If the stars should appear one night in a thousand years, how would men believe and adore; and preserve for many generations the remembrance of the city of God which had been shown!” I’m not sure it was a “City of God Experience” in the snow, but close enough.

In this poem that I wrote years ago, I anticipate such a moment:

I hear Christmas
is coming but
I'm with the ground,
ugly and waiting
for snow. Rain
sounds wrong on
pale grass/ Somewhere
to the northwest
--Alberta, the Yukon
Siberia--clouds load
and move, dense
as glaciers, to
fall and fall,
white coming down
so hard it's like
I'm going up.

Looking out the window of our northern Michigan home this week, I experienced the exhilaration of rising up and up, and down below, the world was cleansed, transformed. It was a winter rebirth. 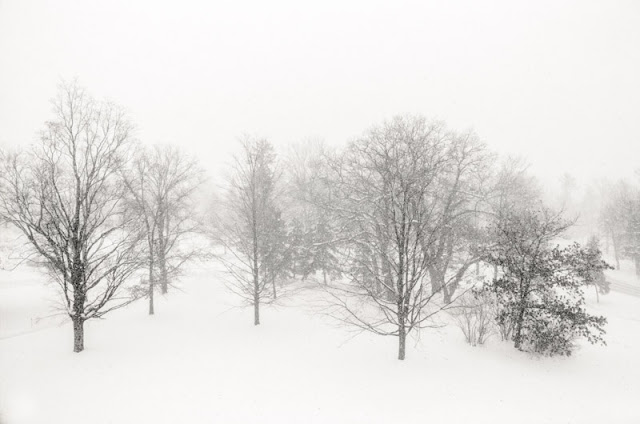 But snow is more than that, as James Joyce knew at the end of his marvelous story, “The Dead”:

A few light taps upon the pane made him turn to the window. It had begun to snow again […] Yes, the newspapers were right: snow was general all over Ireland. It was falling on every part of the dark central plain, on the treeless hills, falling softly upon the Bog of Allen and, farther westward, softly falling into the dark mutinous Shannon waves. It was falling, too, upon every part of the lonely churchyard on the hill where Michael Furey lay buried. It lay thickly drifted on the crooked crosses and headstones, on the spears of the little gate, on the barren thorns. His soul swooned slowly as he heard the snow falling faintly through the universe and faintly falling, like the descent of their last end, upon all the living and the dead. 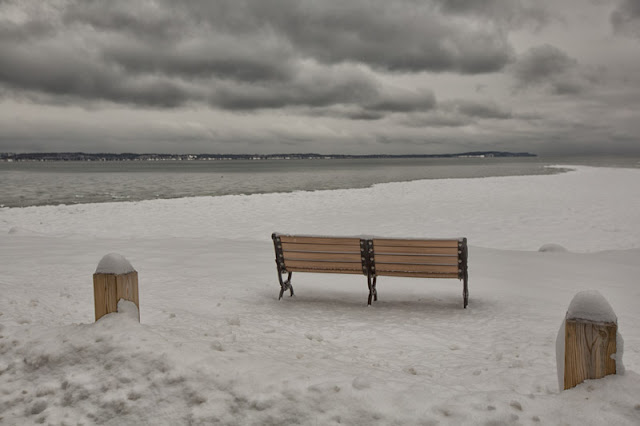 It was evening all afternoon.
It was snowing
And it was going to snow.
The blackbird sat
In the cedar-limbs.

The blackbird is what? Ominous, perhaps, but I see it as a spark of life in all that heavy downfalling. 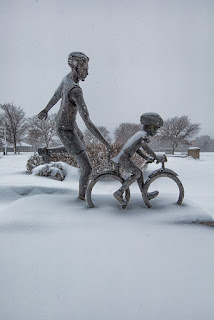 Robert Frost’s speaker pauses to watch the woods “fill up with snow.” Fill up? Sounds like the end of the world, and he has to snap himself out of the temptation to give way to beautiful oblivion on “the darkest evening of the year”:

Snow, with its dazzling, deadly beauty, finally stimulates us back to life. I am the blackbird in the cedar-limbs. 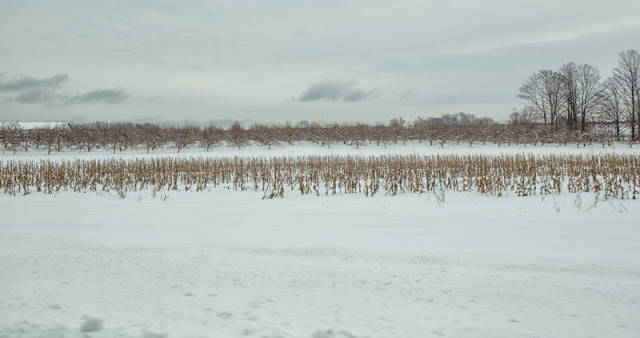 Responses welcome at dstring@ix.netcom.com. Chill . . ..
Posted by dhstringer.com at 7:08 PM